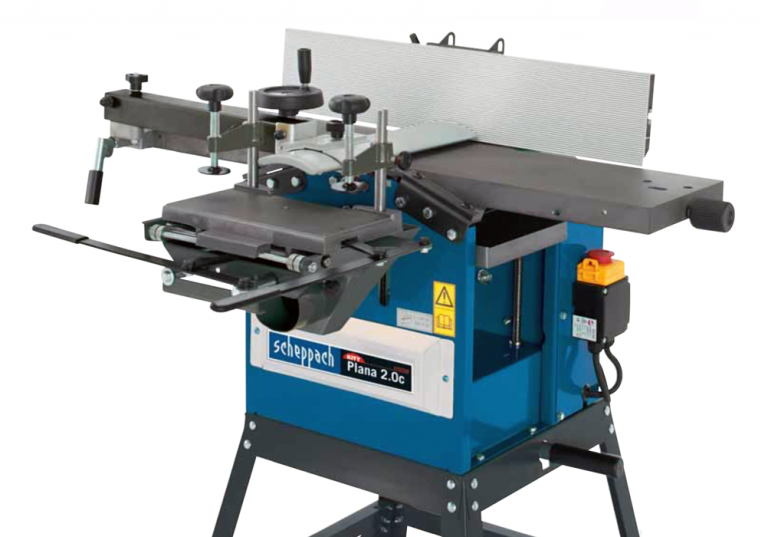 The Scheppach Plana 2.0c jointer planer is a small combination machine, which succeeded (and is nearly identical to) the Kity 439 jointer planer, which was also produced by Scheppach after they took over Kity. Most replacement parts are the same for both machines.

It is the smallest machine in the Plana range, and the only one which did not get a modern successor. There is also a mortising table available, which is not often seen on machines this small.

One downside to the Plana 2.0c is that it is unclear to what extent it was produced in Germany or China, but almost certainly some (if not most) parts were made in China. Most Chinese-made machines tend to have lower quality control, especially in earlier periods.

The metal stand was optional, and comes with a wheel kit, making it a relatively easily transported machine compared to its larger brothers, such as the Plana 3.0c.

Know a useful link or video for the Scheppach Plana 2.0c Jointer Planer? Send me a message, and I'll update the page with your info.

Replacement parts for the Scheppach Plana 2.0c and Kity 439 on a French woodworking machine website (in English).

Ask questions or share your experiences with the Scheppach Plana 2.0c Jointer Planer with others

All the specs and options for the Scheppach Plana 2.0c Jointer Planer