The Festool TKS 80 EBS is the first table saw with SawStop technology released by Festool. It will be available for purchase starting from June 2020 in Europe.

Festool’s parent company bought SawStop in 2017, so it is surprising that it took them so long to include finger detection technology in their saws.

It works by running a small current through the blade, and when it comes into contact with material that conduces electricity, like a finger, it will trigger the break.

The breaker stops the blade in 5 milliseconds, and also pulls it under the table. This is supposedly much faster than a car’s airbags.

This is a great technology that will save many fingers. However, the downside is that it destroys your sawblade and the cartridge. This means it can be quite expensive if you trigger the SawStop system often.

Because the SawStop system uses electricity to detect a finger, it also fires when it comes into contact with other conductive materials, like metals or wet wood. To avoid this, you can temporarily bypass the safety system.

Tip: You always disable this only for one time. So when the blade stops, it automatically turns back on the system again. This is great for safety, but it also means you cannot really cut many pieces of for example aluminium in a row. Festool even recommends getting a separate saw for those kinds of materials.

Based on the original CS 70

The design is based on the original CS 70, which has been quite a success over the past 20 years. This means you can expect the same kind of excellent engineering, flexibility and build quality.

In its base model, the TKS 80 EBS comes just with a mitre gauge, which also doubles as the fence. If you want a real, longer fence, you’ll have to buy it separately. It does come with dust hoses and connectors for both under and above the table, which makes it almost dust-free.

There are several useful accessories available, including table size extensions, a sliding table, and a better fence. They can also be bought in one set, called the Festool TKS 80 EBS-SET. Expect to pay a hefty 75% on top of the base model to get all the extra parts.

All in all, this is a revolutionary machine that will bring finger-saving technology to many workplaces in Europe. Because of the patents that SawStop holds, Festool is in a unique position where they can offer something the competition cannot. This results in a great product, but also in a high price. Then again, it is hard to put a price on some saved fingers.

Unique machine that combines Festool's quality with SawStop's safety, but quite expensive.

Know a useful link or video for the Festool TKS 80 EBS Table Saw? Send me a message, and I'll update the page with your info. 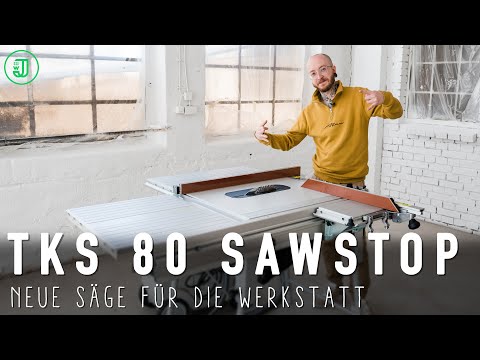 First experiences with the TKS 80

German youtuber and master woodworker Jonas Winkler gives his opinion after his first experiences with the new TKS 80. 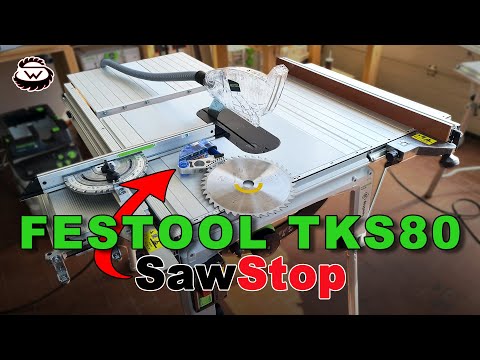 First look at the TKS 80

First look at all the elements of the TKS 80 by German youtuber WoodSpezi. Including the inevitable sausage test! 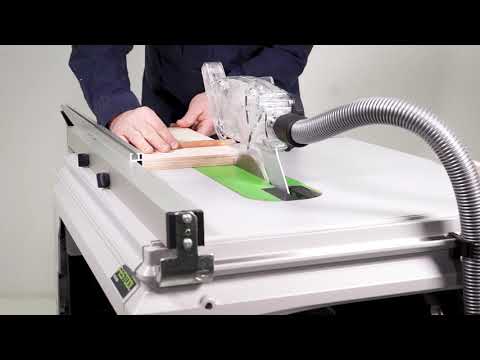 Demo of the SawStop technology

Short demo showing what happens when the SawStop technology is triggered. Example uses a sausage. 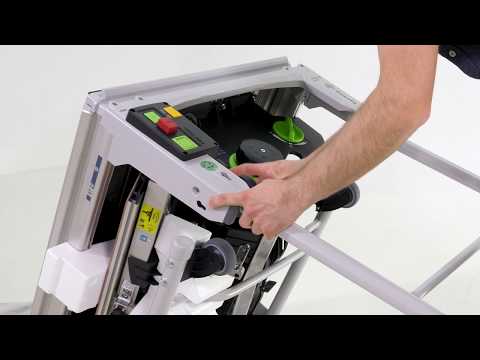 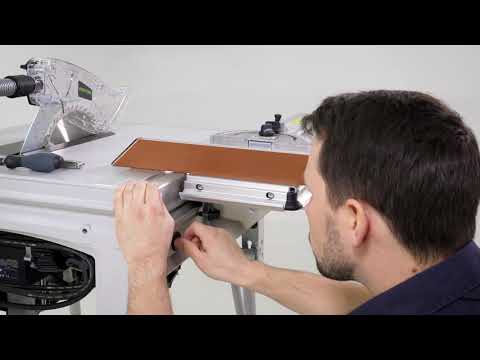 How to add the Sliding Table

Short video by Festool showing step by step how to add the sliding table.

Official page of the TKS 80 EBS on Festool's website.