The Axminster Trade AT260PT is a heavy but reasonably priced planer thicknesser. It is the same machine as the AT260SPT, but it has three straight blades instead of spiral cutters.

Previously it was called the Axminster AT107PT, but there seem to be no clear differences between the previous and current models.

The machine has a good build quality, and the tables are made of cast iron. These tables may be slightly on the short side for professional users though, who might consider upgrading to the 310mm model instead.

When switching from planing to thicknessing, the two tables swing upwards independently. The fence also needs to be removed, which can be a bit of a hassle according to some users.

The machine can be finely and accurately adjusted in all respects, as can be seen below in the videos by Andy from the Woodgrafter. As with all machines with straight blades, expect to spend quite a bit of time setting up the blades initially.

Replacement Blades: Official resharpenable replacement blades can be purchased from Axminster. If you want to save some money, you can find some more affordable knives on eBay instead.

If you have an older AT107PT with disposable blades, you can find those here instead.

Good machine, but not as unique or attractive as the Spiral Cutterhead model. Also lacks upgrades that are included for free in the spiral model.

Know a useful link or video for the Axminster Trade AT260PT Planer Thicknesser? Send me a message, and I'll update the page with your info. 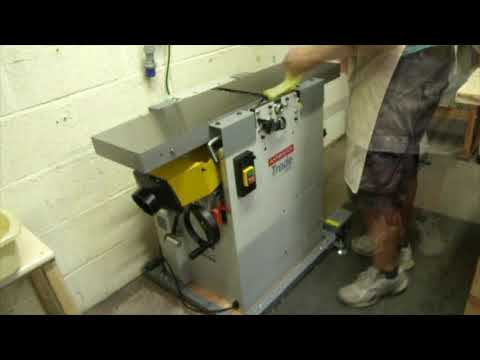 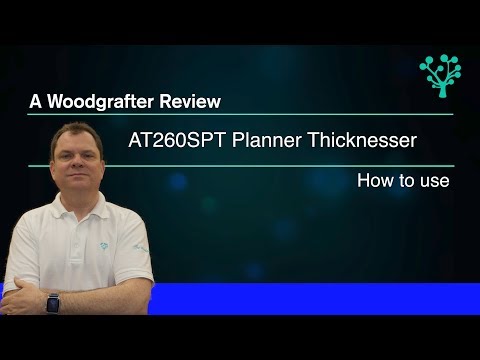 Great video by Andy from The Woodgrafter, showing how to use the AT260PT. He actually has the spiral cutter version, but everything else applies to the normal version as well.

Removing the fence on the AT260PT

Short demonstration by The Old School Carpenter of how to remove the fence, which can sometimes be a bit finicky.

The official page of the AT260PT on Axminster's website, also shows some user reviews.

The official manual for the Axminster Trade AT260PT. 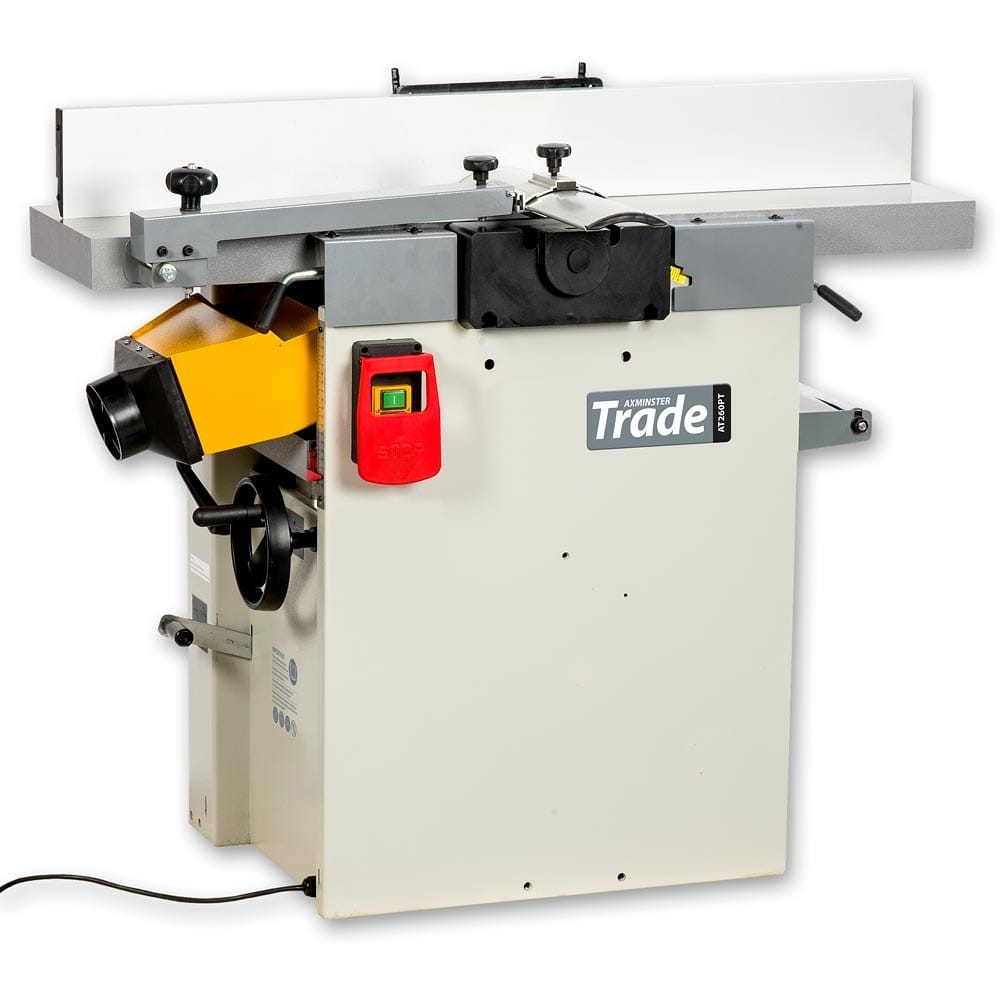 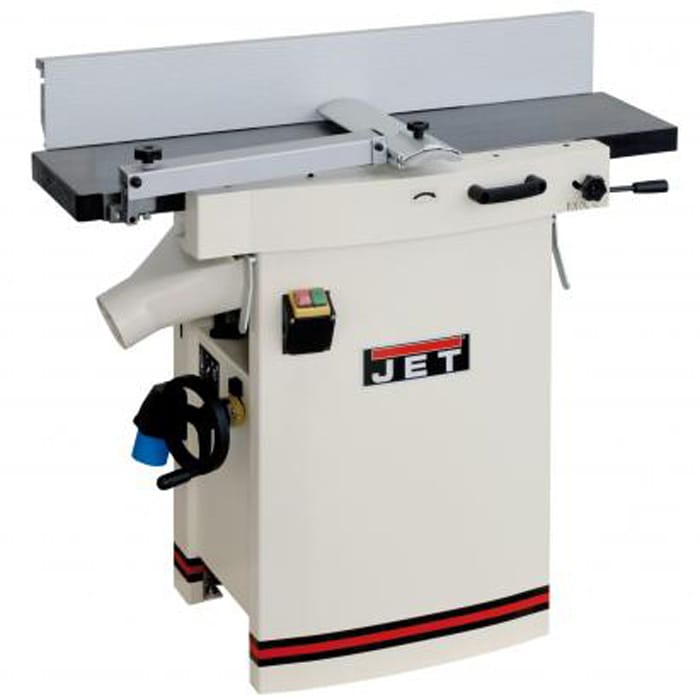