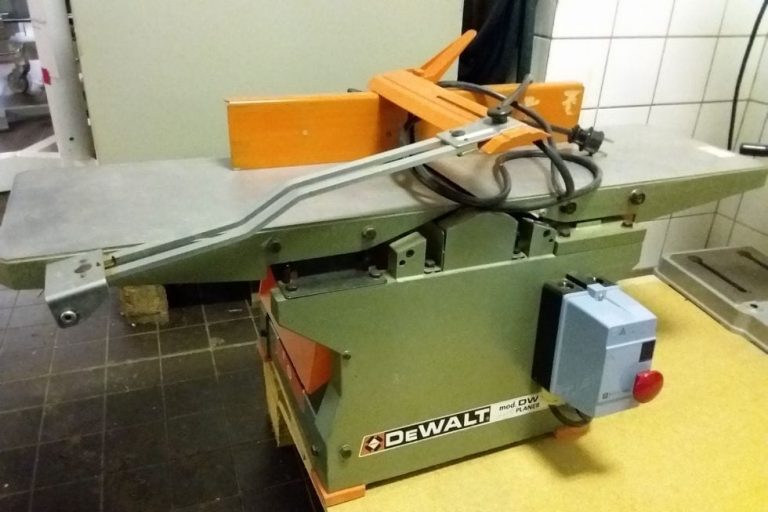 The DeWalt DW55 is the jointer-only version (called a planer in the UK) of the DW50, which has both jointer and planer functionality. It was made in Italy in the 1980s and early 90s.

Besides lacking the planer parts, it looks and operates almost exactly the same as the DW50 and the successor DW1150. It is much rarer than the jointer-planer versions, and sells usually for about half of those.

The one main benefit it has is that it does have better dust extraction underneath the table than the jointer planer versions.

It has a rather sloppy fence, the same as the DW50, and not the good fence of the DW1150. To make it useable, you might need to do some upgrades by adding better bolts and attaching a flat piece of wood against it. There are some existing holes to allow you to do this.

It is made from cast alloy, and because the tables don’t fold like on jointer planers, they are very stable and secure. It has simply one belt from the motor to the cutterhead making it mechanically a very simple machine. This has the benefit that it won’t break down very easily.

Reliable jointer with good build quality, but not as versatile as the DW50

Know a useful link or video for the DeWalt DW55 Jointer? Send me a message, and I'll update the page with your info.

The official manual for the DW50 and DW55, in several languages. 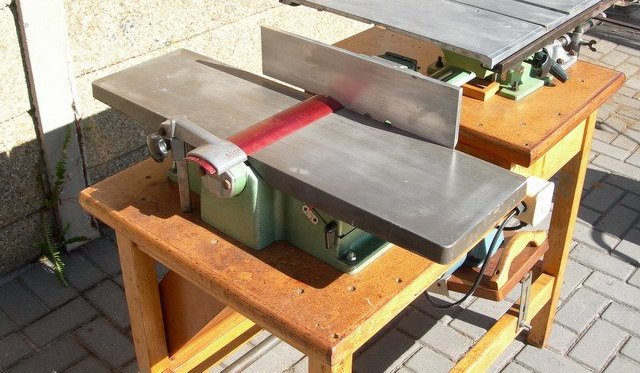 A slightly smaller, but quite capable alternative from the same era. 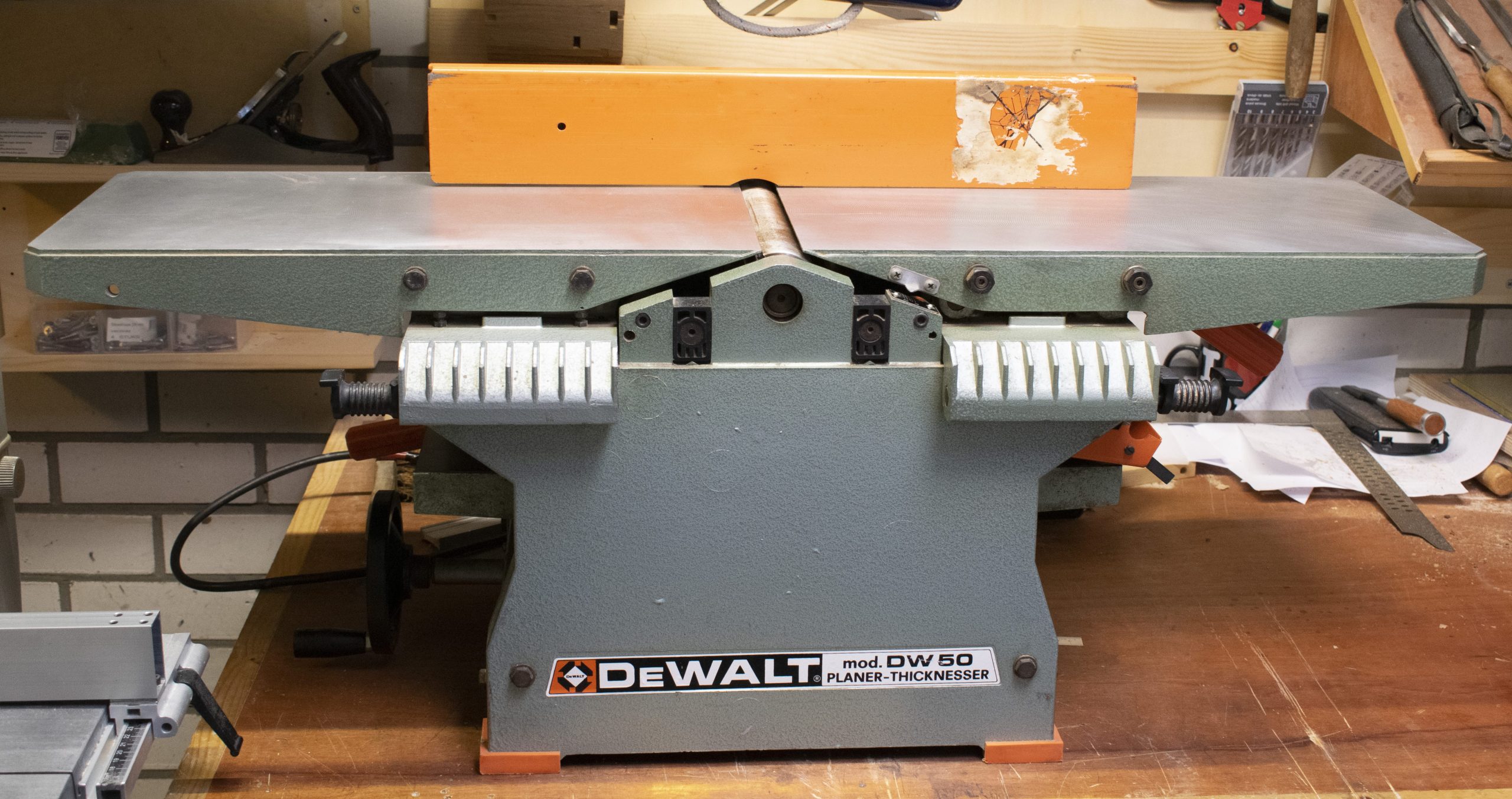 This is the jointer planer version of this machine. It's mostly the same except for the planer functionality under the folding tables.

All the specs and options for the DeWalt DW55 Jointer