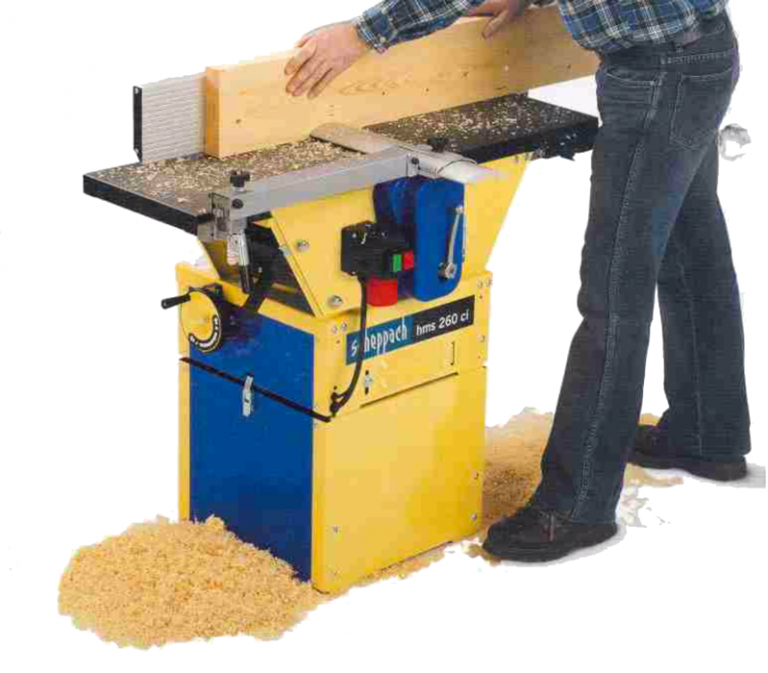 The Scheppach HMS 260 ci Jointer Planer is the successor of the normal HMS 260. It was released in the early 2000s and discontinued later that decade, when it was replaced by the HMS 2600 ci.

The main improvement of all the ci machines is that they have cast iron tables — a major improvement over the original steel plated tables, which were the major weakness of those machines.

The HMS 260 ci is the only one of the Scheppach HMS and HMC jointer planer range to not have an integrated stand. This makes it less stable and sturdy, but it is the only one that could theoretically be easily transported to a jobsite. Its weight makes this unlikely though.

It was replaced later in the 2000s by the HMS 2600 ci, which did have an integrated stand and a much higher capacity for thickness planing.

One potential downside to this machine is that it was produced in the period Scheppach was moving (parts of) their production to China, so it is unclear to what extent this is a German or a Chinese machine.

The feed rollers of this machine are coated in rubber, which in theory should be smoother, but also means that you will need to replace the coating every few years, which can be costly.

Know a useful link or video for the Scheppach HMS 260 ci Jointer Planer? Send me a message, and I'll update the page with your info.

Catalog for the Scheppach HMS 260 ci

Catalog for the Scheppach HMS 260 ci showing specs, pictures of the machine in use, and a detailed description.

You can find replacement blades for the HMS 260 ci on Amazon.de