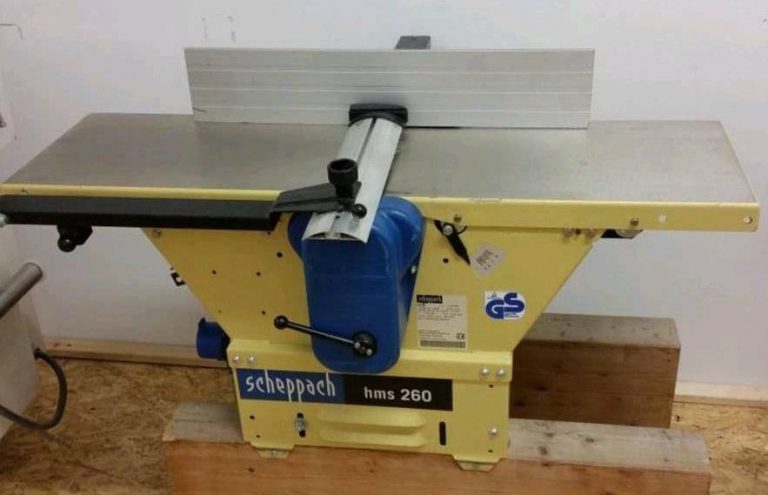 The Scheppach HMS 260 jointer planer is the smallest of the HMS series. In contrast to the larger versions (HMS 3200 and HMS 4000), it does not come with an integrated stand. It is however the only one with a possible table extension.

The tables are made from sheet metal, and not cast iron or cast aluminium, making them more prone to dents and bending, as well as rust. The feed rollers for the planer have a rubber coating, which tends to degrade over time, requiring a relatively costly replacement.

Another difference with the HMS 3200 and HMS 4000 is that one half of the tables needs to be completely removed to switch from jointing to planing mode.

This machine was still produced in Germany in the early 90s, before they started producing mostly in China. It was succeeded by the HMS 260 ci, which had cast iron tables.

Know a useful link or video for the Scheppach HMS 260 Jointer Planer? Send me a message, and I'll update the page with your info.

Catalog showing images, specs, and info about the HMS 260

Catalog showing images, specs, and info about the HMS 260

Replacement Blades for the HMS260 (Germany)

You can find replacement blades for the HMS260 on Amazon.de