What’s changed with DeWalt’s new DWE7492 table saw? We compare it with the original DWE7491. 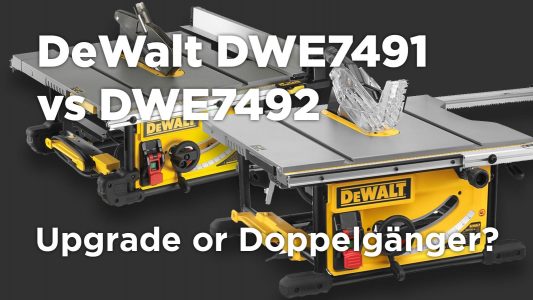 Product names can be confusing sometimes. Companies come up with all kinds of complex codes that make it difficult for consumers to figure out which product they are looking at. The DeWalt table saws are such a case.

DeWalt used to sell the DWE7491 (which is already a complex name), and now it also sells the DWE7492. It may seem simple, the DWE7492 is the successor, since it has a higher number.

This is indeed correct, however, DeWalt still sells the ‘old’ DWE7491 in North America, while in Europe, that is no longer available. There you can only buy the DWE7492.

What then, are the differences between these two machines? What did DeWalt improve in the new version?

The answer is: very little. The DWE7491 and DWE7492 are almost identical. The new DWE7492 is 100 grams lighter and about 1 dB quieter, both of which are completely unnoticeable to any normal user.

The old DW7491 does have a slightly deeper table, which you can see from the images below. A 20mm wide part is bolted on at the back of the machine. This helps support workpieces slightly better as they move past the riving knife, but it’s unlikely to make a big difference.

The DWE7492 also has different feet (see image below), which stretch out to the side. This makes the saw slightly more stable and less likely to tip over. The original DWE7491 feet design was maybe slightly more sturdy and resistant against bumps.

The only difference that is actually good and useful is the two-leaf blade guard. This means the blade guard consist of two pieces (called leaves) instead of one. Instead of the entire blade guard being pushed up as a workpiece passed under it, only the part that comes in contact with the wood gets pushed up.

This helps when you cut thin strips of wood, because it will keep the side of the blade protected. With the original DWE7491 blade guard, this would become exposed, making it easier to touch it with your hand.

On the American DWE7491: The DWE7491 that is still being sold in the US actually has the improved blade guard as well, making it pretty much the same machine as the European DWE7492. 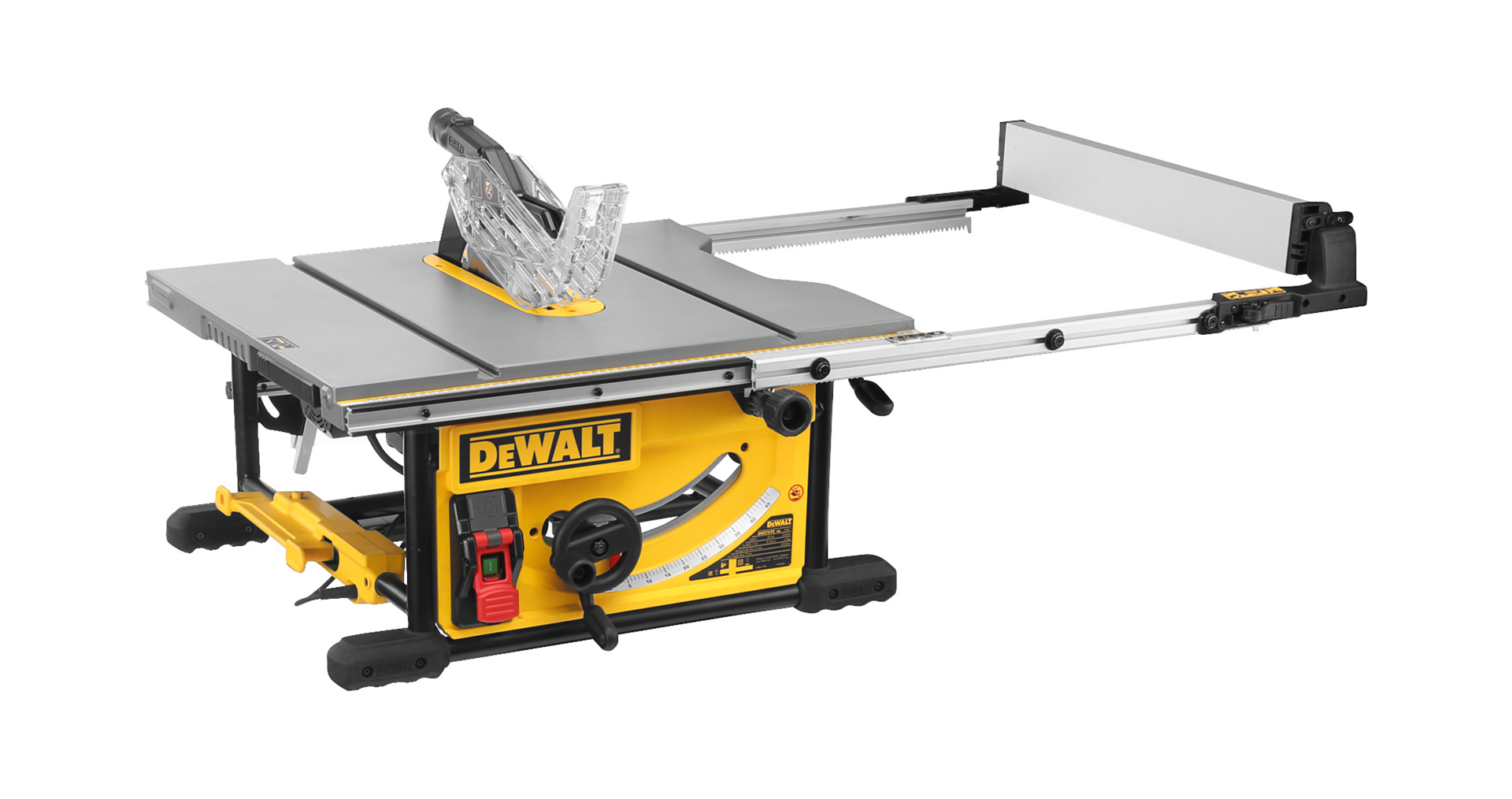 So, to conclude, the DWE7492 is for 99% the same machine as the DWE7491. The only noticeable improvement is the new two-leaf blade guard, which is only a minor upgrade, but any improvement in safety is a welcome one.

Tip: I’ve also recommended these saws in the 2020 table saw buyer’s guide in the under $800 category.

We hope you found this comparison useful. If you have any comments, or actually found any differences between the two saws that we forgot to mention, let us know in the comments below!