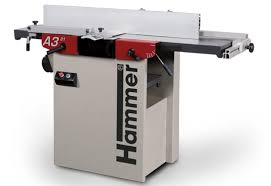 The Hammer A3 31 jointer planer is the middle one of the Hammer A3 series. It is slightly larger than its smaller brother, the A3 26, but quite a bit more powerful. It is only about 20% more expensive than the A3 26, making it an attractive upgrade. The Hammer A3 41 is the larger version of this machine.

Its motor is relatively powerful at 3000W, available in 400V and 230V versions, which is not the case for the A3 26. It has longer tables and a longer fence, but the capacity of the planer is still the same as its smaller brother. It is also possible to mount a mortiser to the side as a third function.

In its base form it comes with a 3-knife, quick-change, self-adjusting cutter block. This can be upgrade to a so-called ‘Silent-Power’ cutter block, which has spiral cutters and is — as the name suggests — much quieter. In this video you can see the difference in sound it makes.

The Silent-Power block has spiral cutters, which is actually 47 small blades lined up in a spiral form. These blades have four sharp sides, meaning you can simply unscrew them, turn them around 90 degrees and use the next sharp side. Another benefit of this is that when you nick the blade, you don’t have to resharpen the entire blade, just turn one small one.

Know a useful link or video for the Hammer A3 31 Jointer Planer? Send me a message, and I'll update the page with your info. 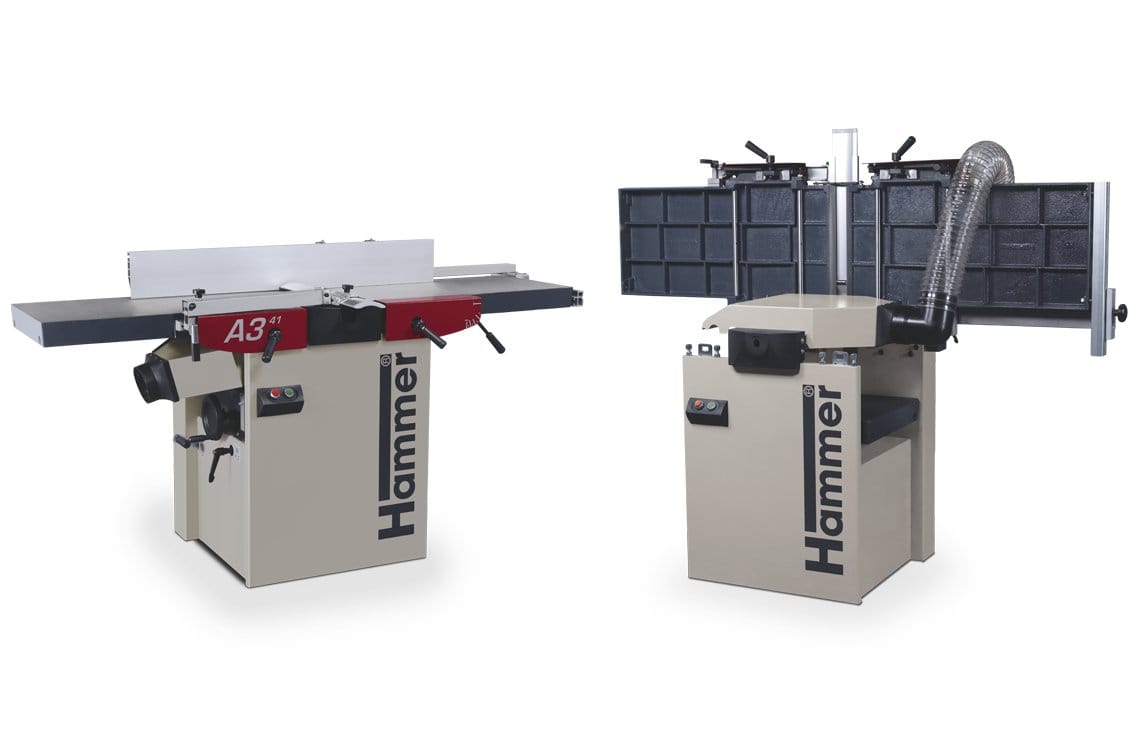 Guide to all Hammer A3 Jointer Planer Combos

An overview of the Hammer A3 jointers and planer series, to help you make sense of all the different machines. 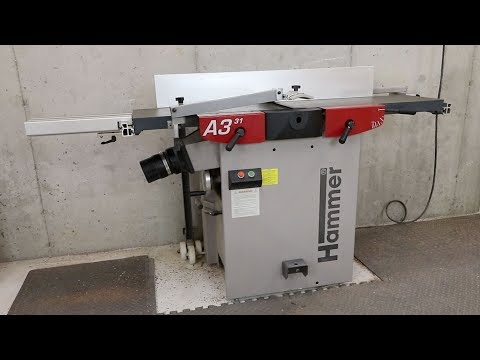 Good Review after 5 years of using a Hammer A3 31

Excellent review by MM Wood Studio, who used the machine for 5 years before publishing this review. 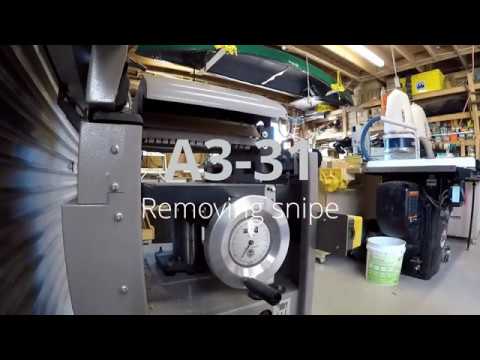 Useful video by Lance's Workbench which shows how to reduce snipe on the Hammer A3 31. Follow up on a topic from Sawmill Creek. 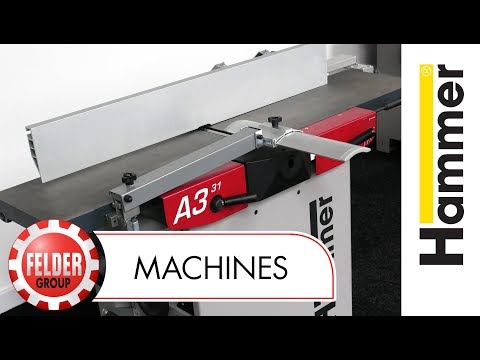 Official page on the Felder website with all the specifications and options of the Hammer A3 31.

Official A3 31 Manual in English

The official manual to all three A3 jointer planers in English.

Adjustment Guide for the A3 31