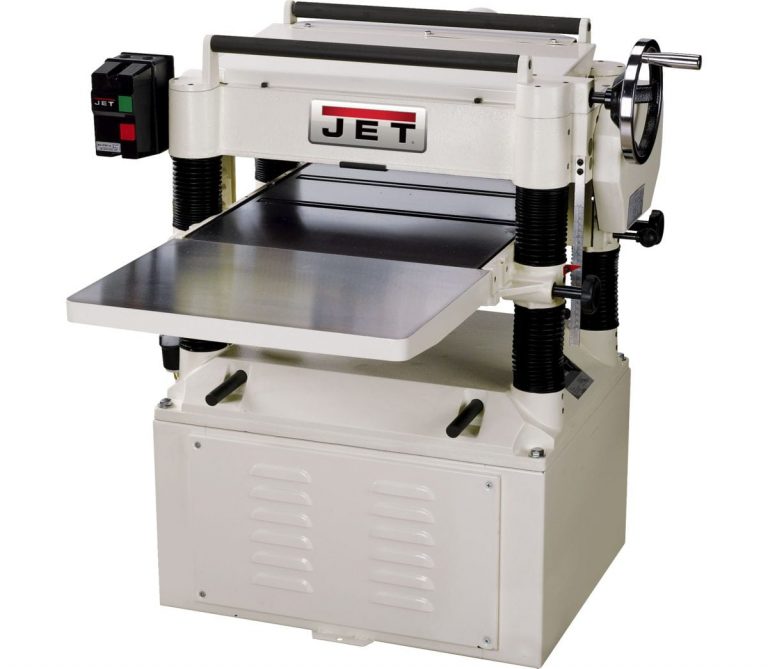 The JET JWP-208HH is the largest and most powerful thickness planer made by JET. It is the twin brother of the JET JWP-208-1, but with a spiral cutterhead (helical head) and a few other differences.

The JWP-208HH has 92 separate carbide insert cutters, which are positioned in 4 spiral rows along the cutterblock. This is a key differences with the 208-1, which only has standard straight knives. Spiral cutters tend to be quieter, better at dealing with complicated wood grain, and easier to set up and replace.

Another difference between the two models is the fact that the 208HH has cast iron extension tables, which helps with snipe. It also has a more powerful motor (5HP vs 3HP), which is very helpful when planing very wide and tough boards.

The planer has two feed rates, 7.3 and 9.1 m/min (24 and 30 ft/min), which helps picking the right speed depending on grain difficulty and time constraints. On top of the machine are also two rollers, to help bring the workpiece back to the other side for a second pass.

Know a useful link or video for the JET JWP-208HH? Send me a message, and I'll update the page with your info. 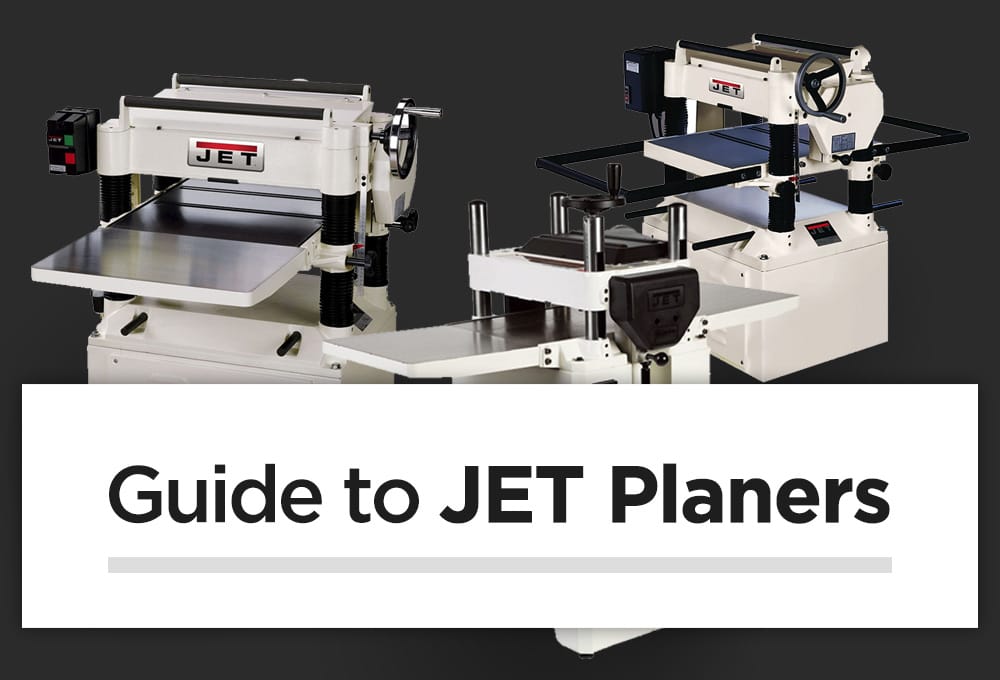 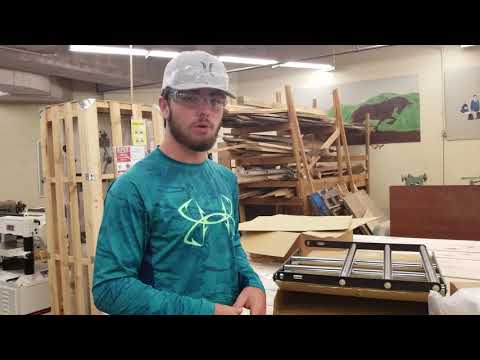 Unboxing and first run of a JWP 208

Unboxing and first run of a JWP 208 Planer.

Official Manual of the JWP 208HH in English

Official Manual of the JWP 208HH in English

Find the lowest prices for the JET JWP-208HH, updated daily

All the specs and options for the JET JWP-208HH