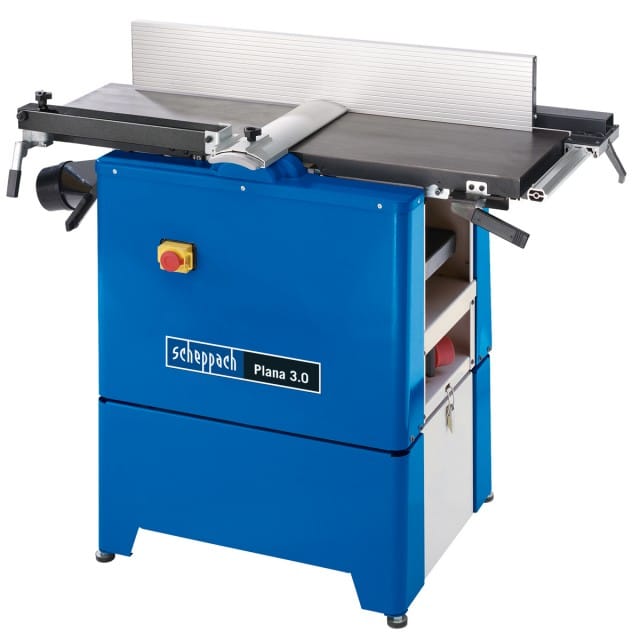 The Scheppach Plana 3.0 jointer planer is the successor of the HMS 2600 ci. It is also similar to the Plana 3.0c, but does not have a mortising table extension.

The jointer and planer tables are made from cast iron, and it is a generally sturdy and stable machine. Its main benefit when compared to similar machines is its relatively large planing height of 210 mm.

Other features include an integrated dust hood and a micro switch which means the machine can’t be started if the dust hood is not in the right place. It lacks the feature to disengage the feed rollers, which can be found on the Plana 4.0, which is its larger brother.

The fence is relatively large and made from aluminium, but only secured in one place. This means there is more chance of flex when putting large pieces up against it.

The normal 3.0 series were discontinued, and only the combination machines received are currently available new (the Scheppach 3.1c).

Know a useful link or video for the Scheppach Plana 3.0 Jointer Planer? Send me a message, and I'll update the page with your info.

Be the first to share your experiences with the Scheppach Plana 3.0 Jointer Planer

All the specs and options for the Scheppach Plana 3.0 Jointer Planer