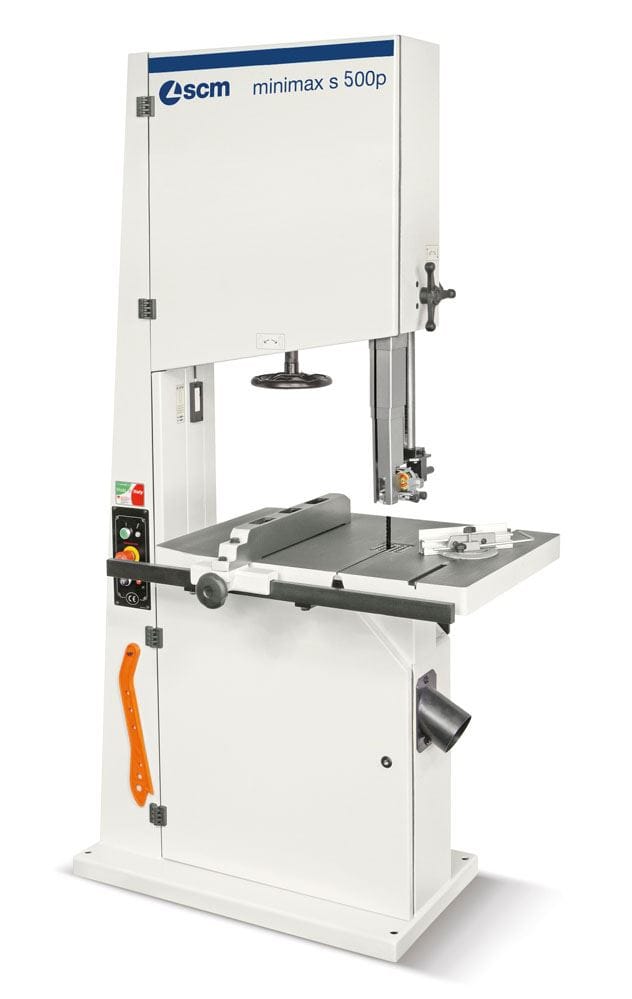 There are several options for more powerful motors, both single and three-phase, which combined with its large height capacity makes it especially suitable for resawing. The flywheels are nearly fully closed and made of cast iron, making them very heavy, which helps to maintain momentum during cutting.

The S 500P has several allen key bolts on all four bottom corners of the machine that allow you to set it precisely level on your floor to minimize vibrations.

Know a useful link or video for the SCM Minimax S 500P? Send me a message, and I'll update the page with your info. 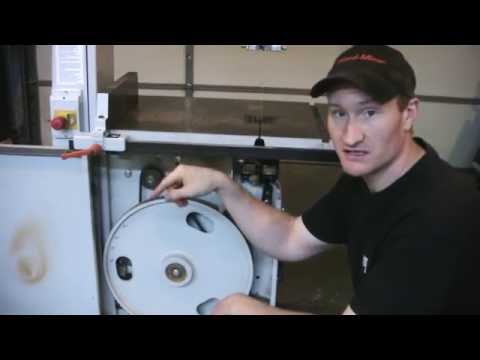 Video Review by Southern Indiana Sawmill. Objective and to the point review with a very positive rating, while pointing out some minor issues.

Official Page on the SCM website for the S 500P band saw.

Custom User-made Manual for the MM20

Custom user-made Manual for the MM20 by Art Liebeskind. Note: Is from 2004, but many things are still relevant to today's machines.

All the specs and options for the SCM Minimax S 500P