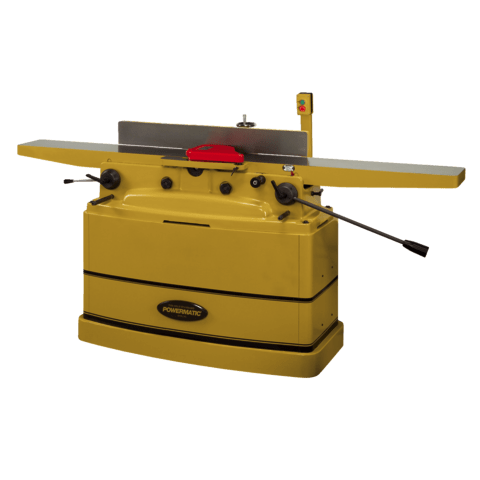 The Powermatic PJ-882HH is an 8-inch jointer with helical head cutters and a parallelogram base. It is nearly identical to the Powermatic PJ882, which only has standard straight blades.

The standard model, the PJ882 only has 3 standard knives, and they even lack the quick-set feature found on some cheaper Powermatic jointers. This makes the helical head of the PJ-882HH a big upgrade. The helical head cutters are quieter, last longer, are easier to replace, and are better at dealing with difficult grain patterns.

The only downside of the PJ-882HH over the PJ882 is that the rabbeting ledge cannot be used with the helical head cutters. So if rabbeting on the jointer is an essential operation for you, stick with the normal PJ882.

Powermatic also offers (cheaper) 8-inch jointers with a dovetailed base, rather than the parallelogram base found on the PJ-882HH. Parallelogram bed jointers make it easier to change the height of the tables and are less prone to sagging and wear.

Additionally, Powermatic’s parallelogram jointers also have longer tables, and a longer and heavier base, making them better a clear upgrade compared to the dovetailed wedge-bed jointers (the Powermatic 60C and 60HH).

Great build quality, parallelogram base, and helical head cutters, for a decent price. Practically no downsides to this jointer.

Know a useful link or video for the Powermatic PJ-882HH 8-inch Jointer? Send me a message, and I'll update the page with your info. 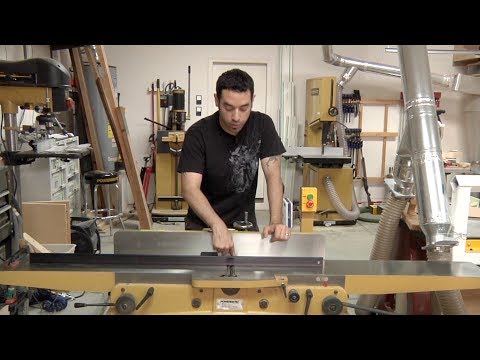 Marc Spagnolo shows how to set up a PJ882. He uses a straight blade model, but the parts where he sets the tables parallel are also useful for the Helical Head model. 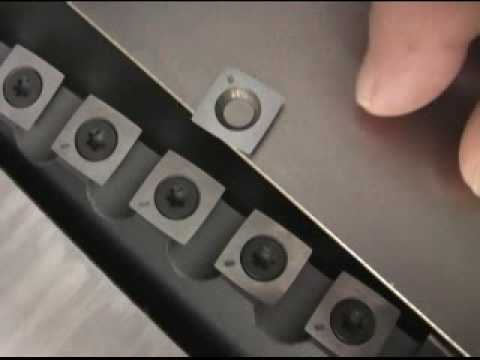 Review video of the PJ-882HH. Even though it is an older video, the machine is still largely the same so most of it still applies to the current model. 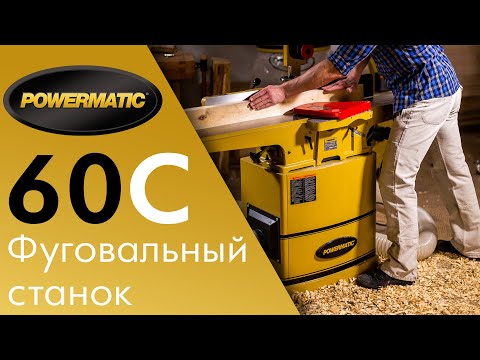 Video by JET/Powermatic Russia, showing all the features of the PJ-882HH. In Russian, but the images speak for themselves.

The official page of the PJ-882HH on Powermatic's website. You'll find specs, images, and more.

Official manual for the PJ-882HH [PDF]