The Makita 2012NB Planer is 12 inch thickness planer. It is one of the most popular benchtop planers and has been on the market for over 20 years without any major design changes. Its biggest advantage is the excellent build quality, which is better than most competitors in this price range.

It should not be confused with the Makita 2012, which was an older model with a completely different design. In the old 2012 the table actually moved up and down, while on the 2012NB the cutterhead moves, while the table remains stationary.

As said, the build quality of the Makita 2012NB is excellent. It uses higher quality materials than competitors which feel much cheaper due to the type of plastic used. The internals also look more solid and refined. It is difficult to say whether this increased build quality leads to a longer lifespan, but my money would still be on the Makita to last the longest compared to alternatives like DeWalt and Metabo.

The height adjustment handle is quite slow, but this has the advantage that it is quite subtle and can be fine-tuned. This allows you to very accurately determine how many millimeters you want to take off for each shaving, and more easily get the exact desired thickness. There is a special indicator on top of the handle (see image below), which you can rotate to set a reference point. This is probably the most accurate method I’ve seen on any benchtop planer, but it is not that user friendly in my opinion. Simply using calipers to measure the thickness of a piece will achieve just as good results and is more convenient.

The Makita 2012NB does come with a depth of cut indicator, which moves up and down to indicate how deep of a shaving you’re taking. However, it lacks a measurement scale found on many other planers. This makes it tricky to use, although over time you may be able to judge the depth of cut by experience. In the instructions, Makita only uses this indicator to get a first reference cut, and then sets the depth of cut using the indicator on the handle. Adding a small scale would definitely be a good improvement in the future.

Due to the design, all benchtop planers suffer from snipe to some extent. This can be minimized by adjusting the set screws to get the infeed and outfeed tables parallel and level.

The Makita 2012NB lacks a manual spindle lock found for example on the Metabo DH 330, but according to Makita it compensates for this with an ‘Auto Lock’ system. This prevents the cutterblock from moving askew or upwards due to pressure of the wood. I haven’t read any reports of users with major problems in this regard, so I think Makita’s Auto Lock tech is doing its job.

With 1650 Watt, the Makita is quite powerful and should be able to handle any kind of wood. This is a brushed motor, which is generally quite loud and generates about 77 dB in idle mode, and 85 dB while processing hardwoods. It is thought to be slightly less noisy than competitors, but you will definitely need hearing protection.

Dust collection seems to be on par with other machines in this price range. One small downside is the oddly sized 75 mm dust port, which is on the large side for most shop vacs and on the small side for HVLP dust extractors. Either way you will probably need a custom connector piece.

The Makita 2012NB uses two reversible blades, which cannot be sharpened, but do have two sharp sides which can be swapped when the first one becomes dull.

Replacement Blades: You can find replacement blades at several stores. The official Makita branded ones can be found at Amazon.com, Amazon Germany, and Amazon UK. There are also cheaper brands making blades for the 2012NB, like these from XCalibur (Amazon UK) and HZ (Amazon US).

There are several companies offering spiral cutterhead (also called helical head) upgrades for the Makita 2012NB. This is a major upgrade in terms of cut quality, noise reduction, and ease of use. However this upgrade costs almost as much as the entire planer itself. I’ve listed a few options below.

Note that I have no experience with any of these companies, so I cannot say which one is the best option. For the Tiger Tools Pro there is a video that shows the whole assembly process.

Proven design with excellent build quality. Lacks some quality of life features of similar machines and is relatively expensive.

Know a useful link or video for the Makita 2012NB Planer? Send me a message, and I'll update the page with your info. 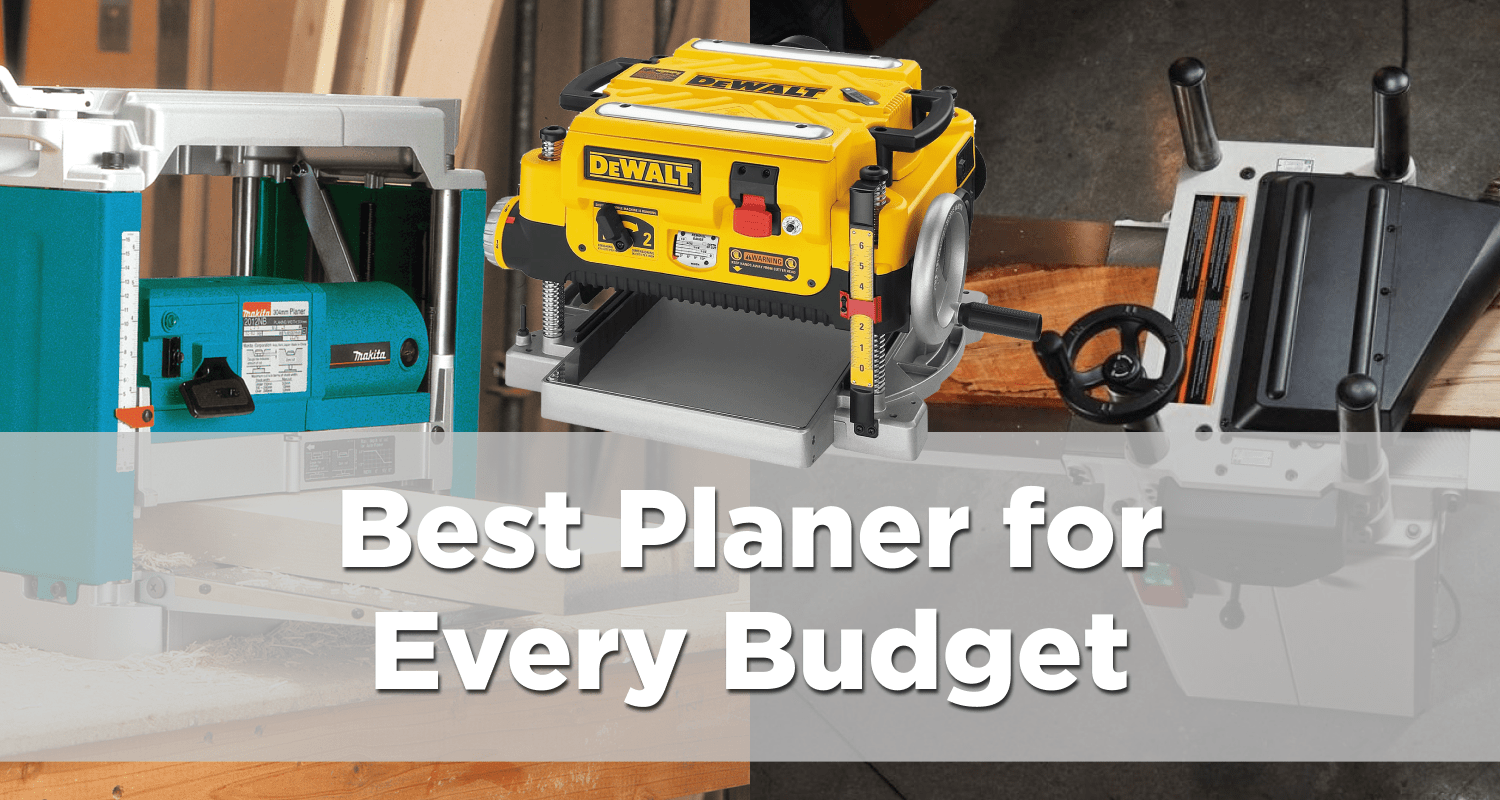 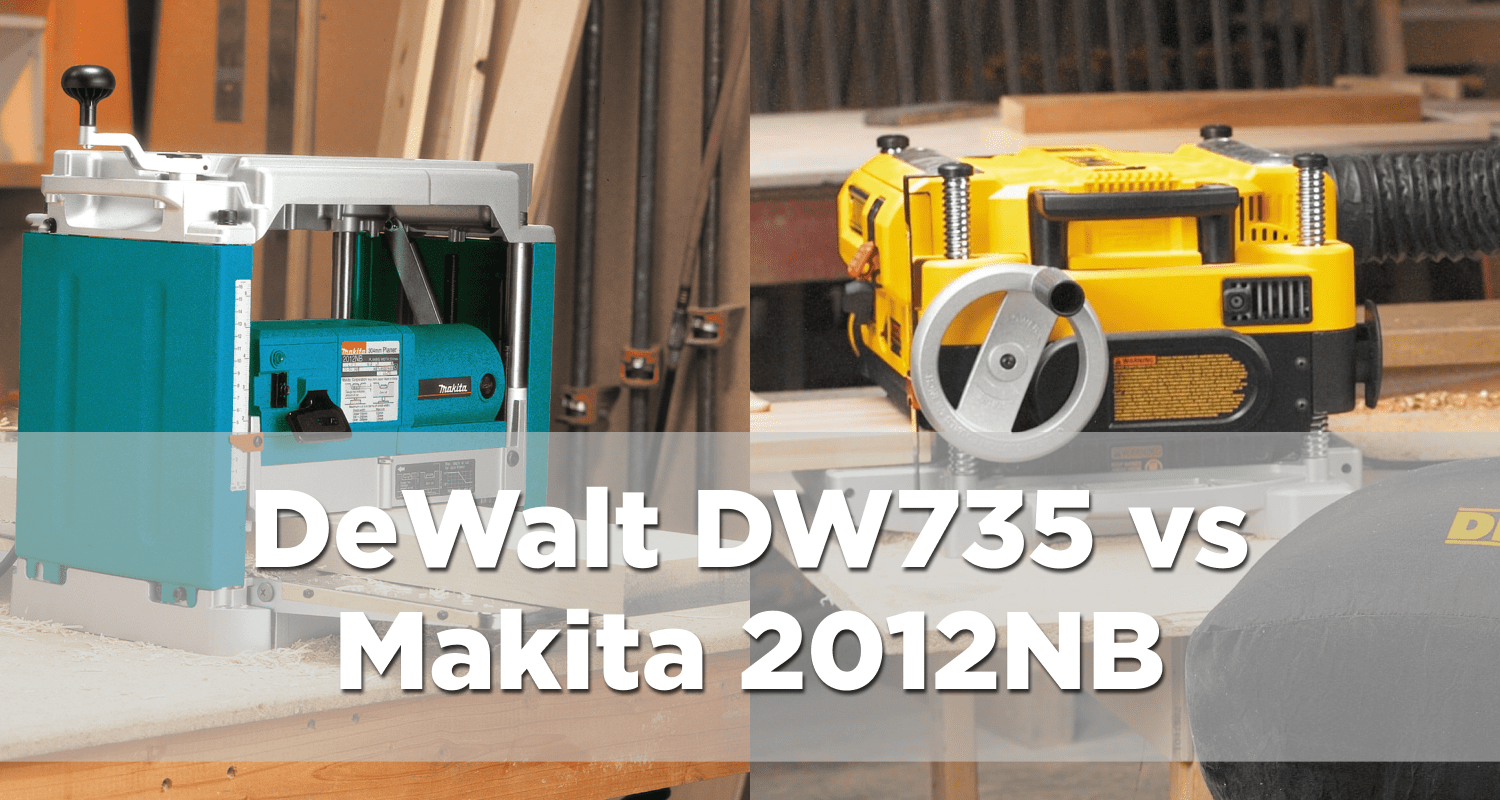 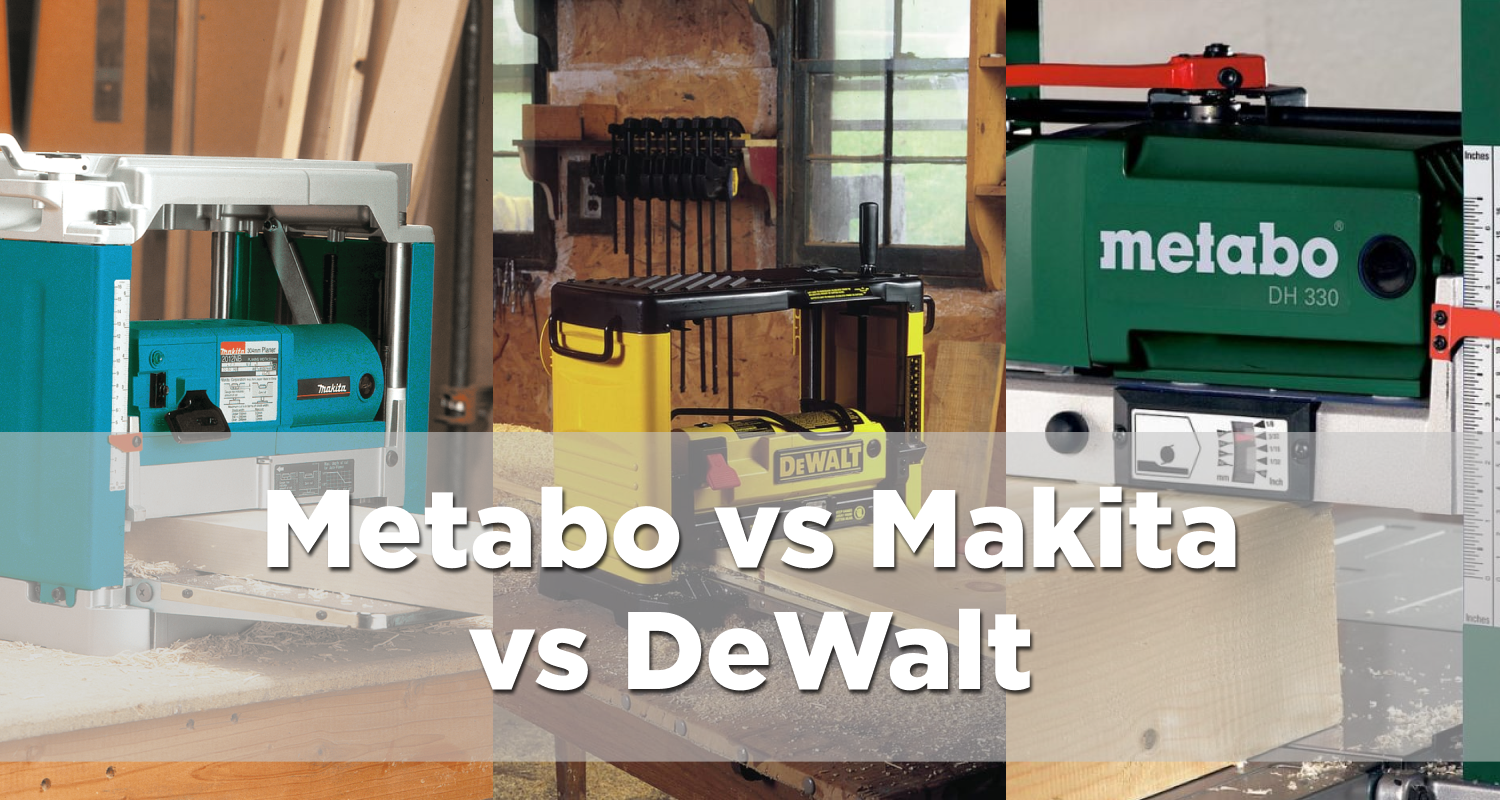 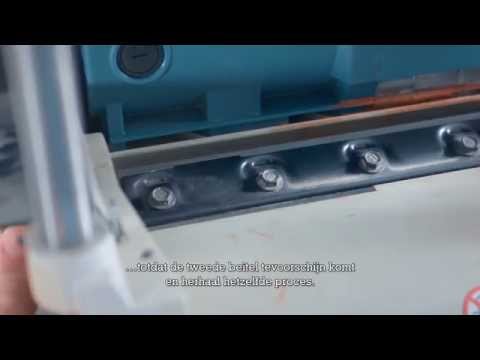 Changing the Blades of the 2012NB

Video by Makita Netherlands on how to change the blades. In Dutch, but the images speak for themselves. 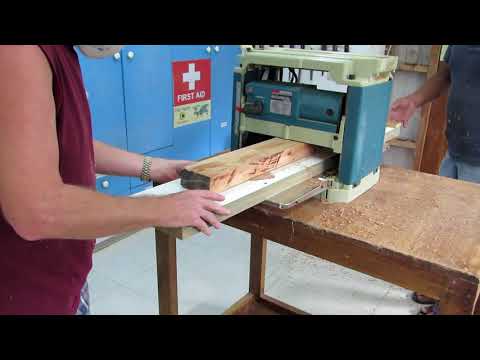 Using the Makita 2012NB as a jointer

Irish Chippy shows how you can use the 2012NB as a jointer by using a planer sled. 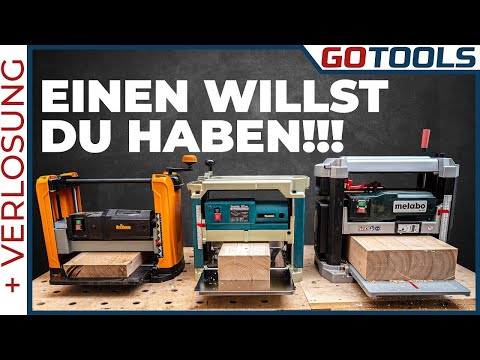 Comparison with Metabo and Triton [German]

GoToolsTV shows a comparison between the 2012NB and two alternatives from Metabo and Triton. 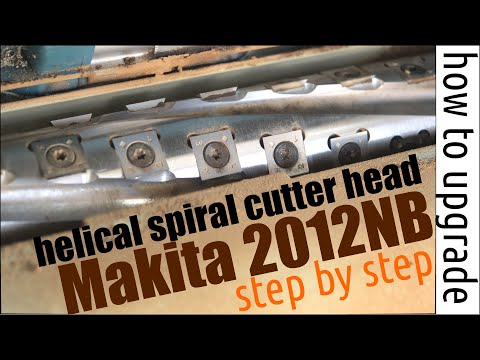 How to upgrade the 2012NB with a spiral cutterhead

Tutorial on how to upgrade the 2012NB with a spiral cutterhead.

Official Page of the 2012NB Planer on Makita's Website

PDF of the official manual, in several languages.

The Metabo has a few small advantages, namely a spindle lock, maximum height lock, and a depth of cut indicator with scales. 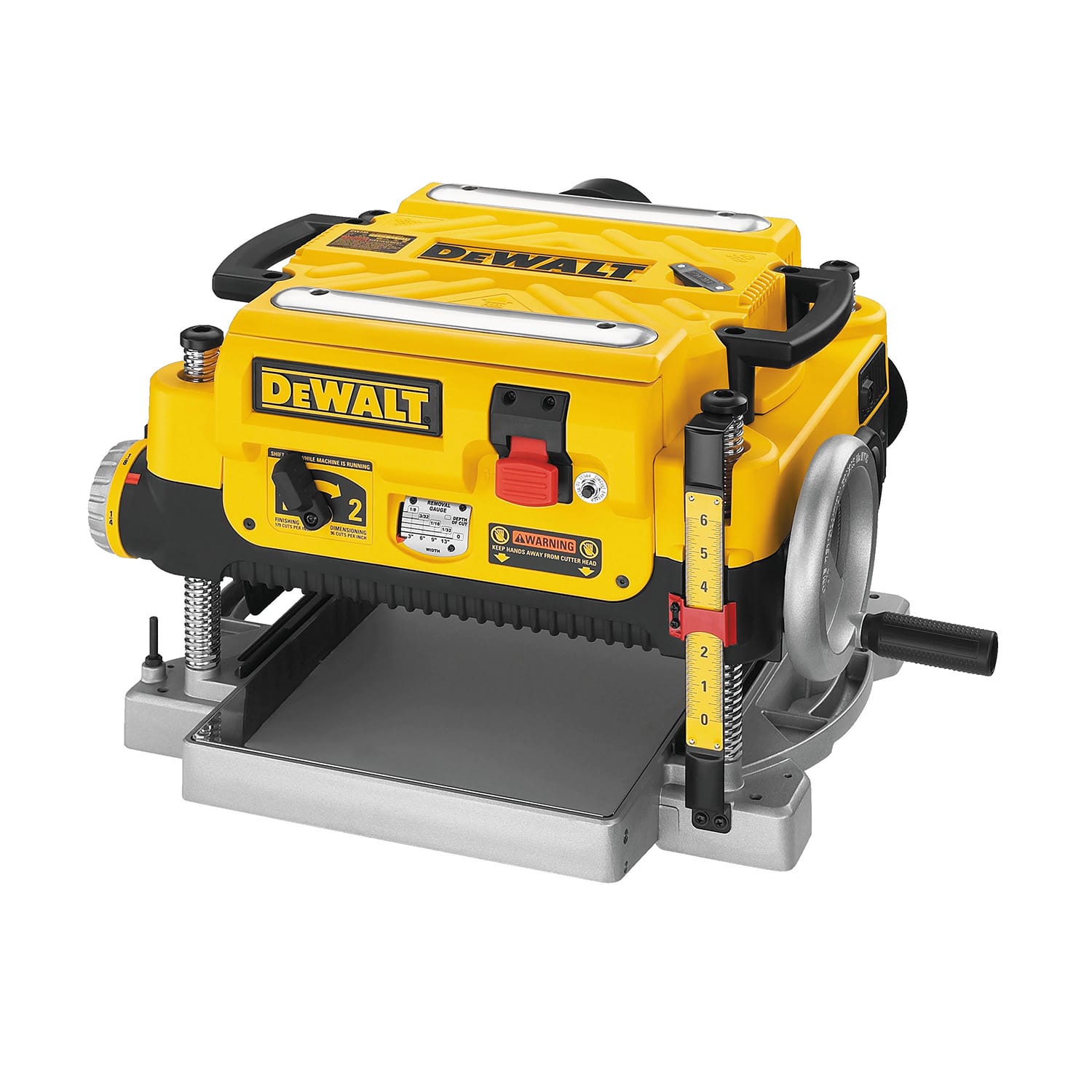 The DW735 is a popular alternative, with a slightly different design that includes a larger middle table.

All the specs and options for the Makita 2012NB Planer