The Powermatic 54HH jointer is the second most affordable machine among Powermatic’s jointers. It is nearly identical to the Powermatic 54A, with the main difference being the helical head cutterhead, which is a great upgrade.

Its helical head cutters are quieter, and last longer than standard blades and also easier to replaces. The price premium compared to the 54A is about 30-40%, which makes it a costly upgrade but one that could pay for itself in the long run.

The only downside to upgrading from the 54A to 54HH is that the rabbeting ledge cannot be used with the helical head cutters. So if rabbeting is an essential operation for you on the jointer, you’ll have to stick with the 54A.

One interesting feature of the 54HH is the possibility to add a padlock (not provided) to the on-off switch, to prevent children from accidentally turning the jointer on when you’re not around.

The body of the machine is mounted on a classic wedge-bed dovetail base on which both the infeed and outfeed table slide up and down. Powermatic’s larger jointers use a parallelogram base instead.

The Powermatic 54HH is also similar to the JET JJ-6HHDX, with the Powermatic jointer having longer tables, and being quite a bit heavier. The fences, for example, are nearly identical. Both machines are made by the same company, but not necessarily in the same location so there may be quality differences as well.

Replacement Carbide Inserts: It can be a bit tricky to find out replacement carbide cutters for the 54HH, but we managed to find them on Amazon, and eBay. Amazon seems to sell them a lot cheaper for some reason.

Quality machine with helical cutterhead for a good price.

Know a useful link or video for the Powermatic 54HH 6-inch Jointer? Send me a message, and I'll update the page with your info. 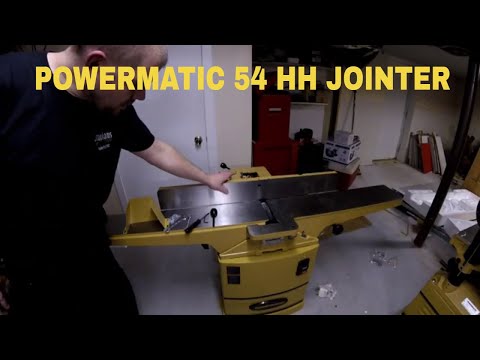 Full assembly and test cut of the Powermatic 54HH

Long video showing all the details of the assembly of the Powermatic 54HH. 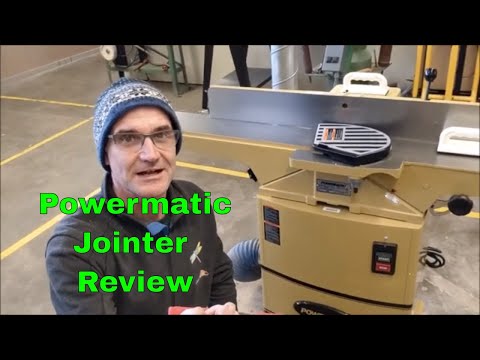 Review of the 54HH

Review, unboxing and setup of a new Powermatic 54HH jointer by TopSaw. 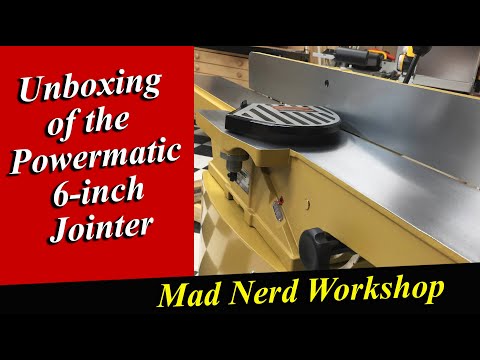 Unboxing and Assembly of a Powermatic Jointer

This video is actually of the 54A, but since it is identical except for the cutterhead to the 54HH it can be useful for those interested in the 54HH too.

Official page of the 54HH on Powermatic's website, with specs, images, and more.

Official Manual for the 54HH [PDF]

The official manual of the Powermatic 54HH, includes assembly guide and instructions on how to accurately set everything up. 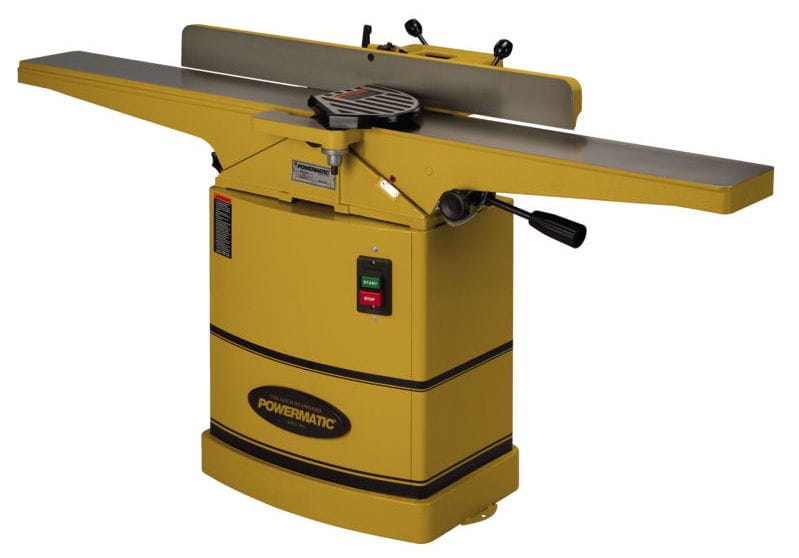 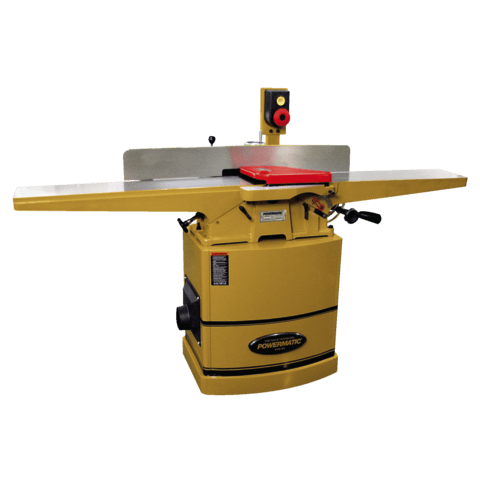